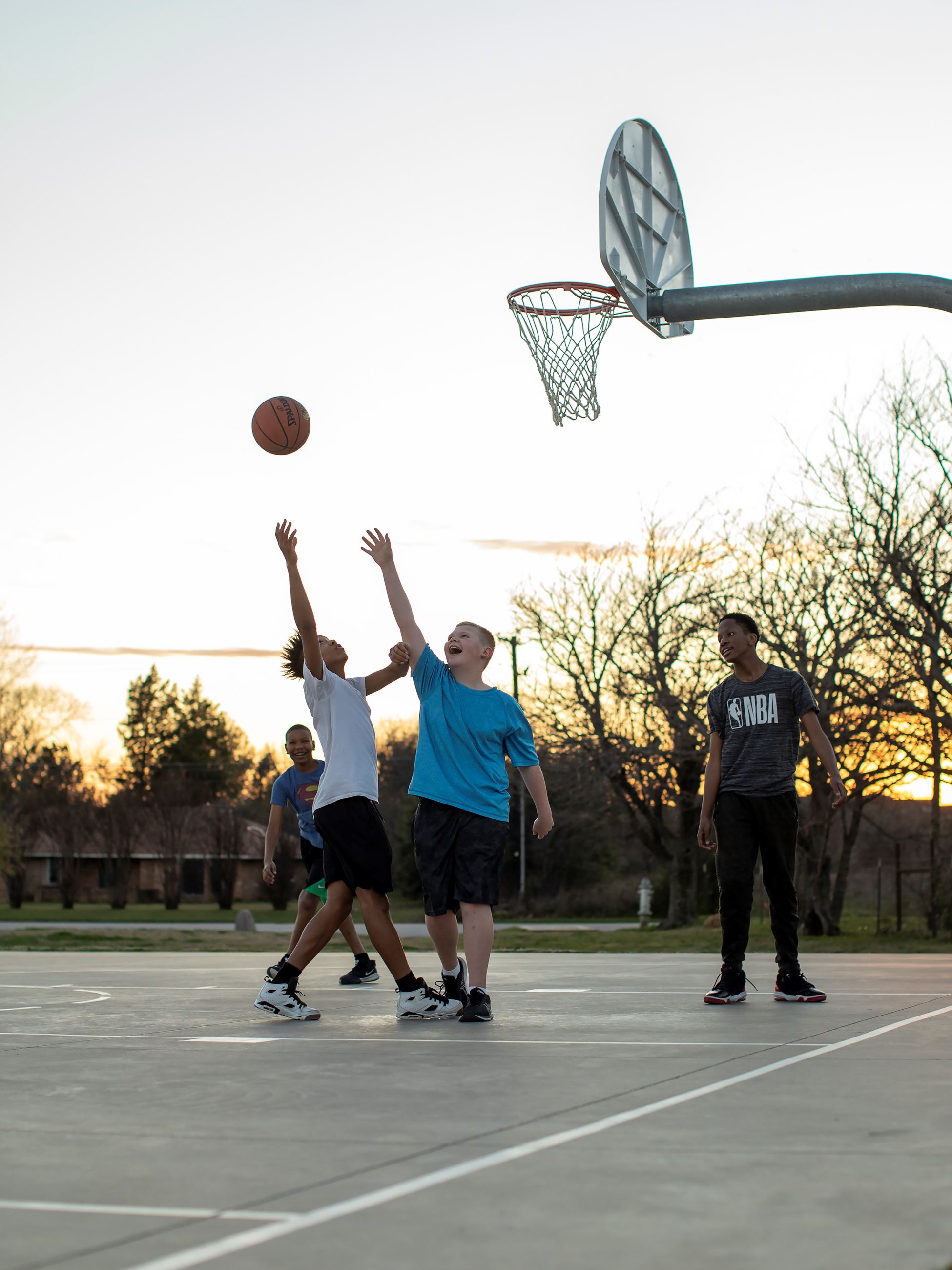 Looking to shoot some hoops or find a pickup game? Public basketball courts are available on a first come, first served basis at the following parks:

Sand volleyball is a great way to get active with friends year-round. Public basketball courts are available on a first come, first served basis at the following parks:

Public tennis courts can be found at Clayton W. Chandler Park, 1530 N. Walnut Creek Drive. The three courts were resurfaced in late 2017 and have a designated pavilion, bleachers and water fountain with bottle refill station immediately adjacent to the court. They are open for public use but available for reservation by individuals or groups, whether for lessons or private events. Contact the MAC for more information on court rentals.

Thanks to a partnership between the City of Mansfield and Mansfield ISD, the public is able to use the tennis courts at Legacy High School, 1263 N. Main Street, when school is not in session. This includes weekends during the school year and daily over the summer and school holidays. The courts are not staffed but are unlocked from 9 a.m. to sundown for public use on a first come, first served basis.

Mansfield Area Tennis Association hosts recreational league play throughout the year, as well as regular mixers and tournaments. Registration can be done through the Mansfield Activities Center or by contacting MATA directly.

Tennis camps are also offered from both organizations each summer; check the summer camp guide, released in mid-March, for dates and details.