On May 18, 1871, an Indian raid took place nine miles from Graham, Texas on a lonely stretch in the Loving Valley and the Salt Creek Prairie. On this stormy afternoon, 150 Kiowa Indians waited behind a hill, near the point where the Butterfield Overland Stage crossed the North Branch of Flint Creek, for a wagon train carrying supplies to the nearby fort. Initially, the Salt Creek Massacre was just another successful raid carried out by the Indians against the white intruders who had invaded their territory. For the white settlers it was the final straw. They had endured enough from the Indians.

The Salt Creek Massacre, or the Warren Wagon Train Massacre as it is often called, brought to a close the way of life that the Indians had known for generations. Though many factors played a role in the demise of the Plains Indians, no one single event brought about their downfall as did the Salt Creek Massacre.

The Salt Creek Massacre was one of the many raids to take place in and around Young County and Jack County, Texas during the 1870s. In fact, the raids became, at times, almost daily. The settlers of the area had made numerous pleas to Washington to help them in their constant battle with the Indians. It was apparent that the government's "Peace Policy" was not working.

As soon as the Civil War ended, a renewed interest in the settlement of Texas began. Washington once again took steps to subdue the Indians. The government enacted a "Peace Policy" by which hostile Indians were placed on reservations. This, like other measures in the past, was very ineffective in controlling the Kiowas and their allies, the Comanches. These tribes continued to make fast raids across Oklahoma, being missed by the Indian Agent. Just how bad things were could be seen in the number of settlers who had abandoned their lands.

General William Sherman and a party of seventeen men from the 10th Infantry, including General R. B. Marcy who had been responsible for the founding of several of the frontier forts years earlier, left New Orleans, Louisiana, on a fact finding mission and inspection tour of the military outposts of Texas. On May 17, 1871, just one day prior to the Salt Creek Massacre, Sherman and his party passed through the Loving Valley and the Salt Creek Prairie. One day later, seven men would be brutally murdered there at the hands of a Kiowa raiding party, thus changing the world of both white settlers and Native Americans forever. Some accounts say that the Indians were already camped behind the hill when Sherman's party passed by, but that they found the party too small to bother with and let them go by.

Henry Warren of Warren and Dubose Freighters, acting as an agent for Feild Freighters, took five wagons from Mansfield loaded with meal and flour, which crossed the Trinity River at Fort Worth and rendezvoused with Warren's seven wagons in Weatherford. Wheelwright and coffin maker Peter Guilford had made the wagons in Mansfield. Their freight was flour and cornmeal milled at the Man and Field Mill to fulfill their government contracts to supply the frontier forts.

Early in the morning of May 18, 1871, the wagon train consisting of twelve wagons left Jacksboro, Texas to deliver supplies to Fort Griffin and were brutally attacked by the large war party. Twelve teamsters drove the wagons loaded with cornmeal and flour; seven were killed during the attack. One teamster was strapped to one of the wagon wheels while still alive. His tongue was cut out and the wagon was set on fire. He was burned to death. The other men escaped into the nearby timbers, another teamster, though wounded in the foot, made it to Fort Richardson to raise the alarm.

When the teamster came limping into Fort Richardson shortly after midnight telling the day's event, General Sherman began to realize for the first time since his inspection tour had begun, the fear that the settlers had been living under. While Sherman listened, Colonel Ronald S MacKenzie was dispatched from Fort Richardson to the massacre site. His report was gruesome. Sherman immediately made ready a group of soldiers to go to Fort Sill and search for the Indians responsible for the massacre. Lawrie Tatum, the Indian Agent at Fort Sill, inquired among the Indians and found three Indian Chiefs bragging about the raid, killing the teamsters and how much booty they carried off.

General Sherman arrived at the quarters of Post Commander Colonel Benjamin Grierson, Tenth Cavalry at Fort Sill, Oklahoma. Sherman and Grierson notified agent Tatum to send the Chiefs to the post for a council because the army could not make arrests on the agency grounds. Then they laid plans to trap the Indians inside the fort.

Satanta (White Bear), Satank (Sitting Bear) and Addo-eta ( Big Tree), the Indian Chiefs who led the raid were captured and taken to Jacksboro to stand trial. Satank was never tried, however, because on the way to Jacksboro he bit the flesh away from his wrist and freed himself. In the escape attempt he was shot and killed by one of the guards.

Satanta and Addo-eta were eventually tried and sentenced in July of 1871. The Indians were found guilty of murder in the first degree and sentenced to hang on the first day of September 1871. The executions, however, were never carried out. Supporters of the Quaker peace policy across America launched a storm of protest upon Washington. Even agent Tatum, who had urged the arrest of the troublemakers, recommended that the death sentence be changed to life imprisonment. He argued that the Kiowa would surely seek revenge if the chiefs were killed, but if held in prison, they could insure peace on the frontier. Tatum also pointed out that Indians feared confinement more than death; thus a life sentence would be far worse punishment for the Kiowas than execution.

President Grant eventually succumbed to the pressure and ordered Texas Governor Edmund Davis to commute the Indians sentences to life imprisonment. On August 2, 1871, Governor Davis signed a document of commutation which stated in part, that what Satanta and Addo-eta had done was not "the technical crime of murder under the Statute of the State" but rather "an act of savage warfare." On October 16, 1871, Captain Henry Chipman, with Company D, Eleventh Infantry, escorted Satana and Addo-eta from Fort Richardson to the state penitentiary at Huntsville.

On August 19, 1873 President Grant, in an effort to avoid an all-out Indian war, released Satanta and Addo-eta on parole back to the reservation at Fort Sill. Both Indians immediately violated their parole by leading new raids into Texas and both were eventually rearrested. Satanta died in a fall from an upper story window while in prison. Addo-eta was eventually released and it is said that in his declining years he was converted to Christianity, taught Sunday School, and was a calming force on the Indians.

Visit the Texas State Library and Archives Commission website for more information on these people, places and events. 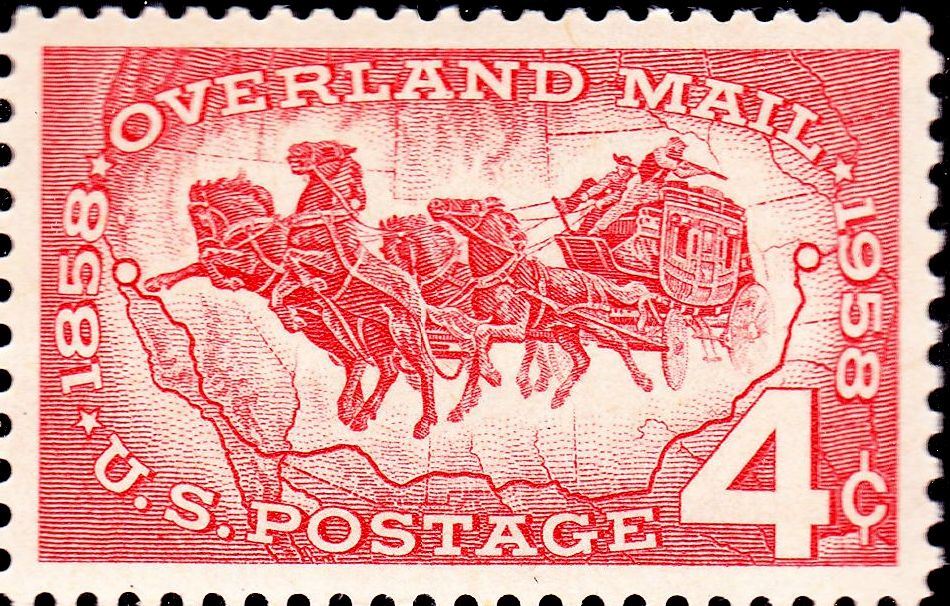 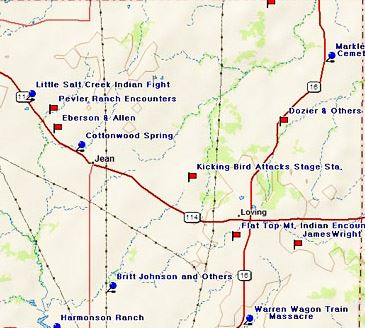 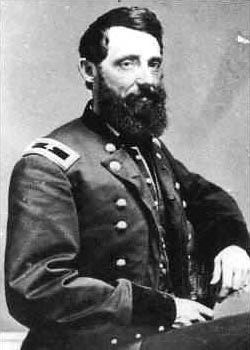 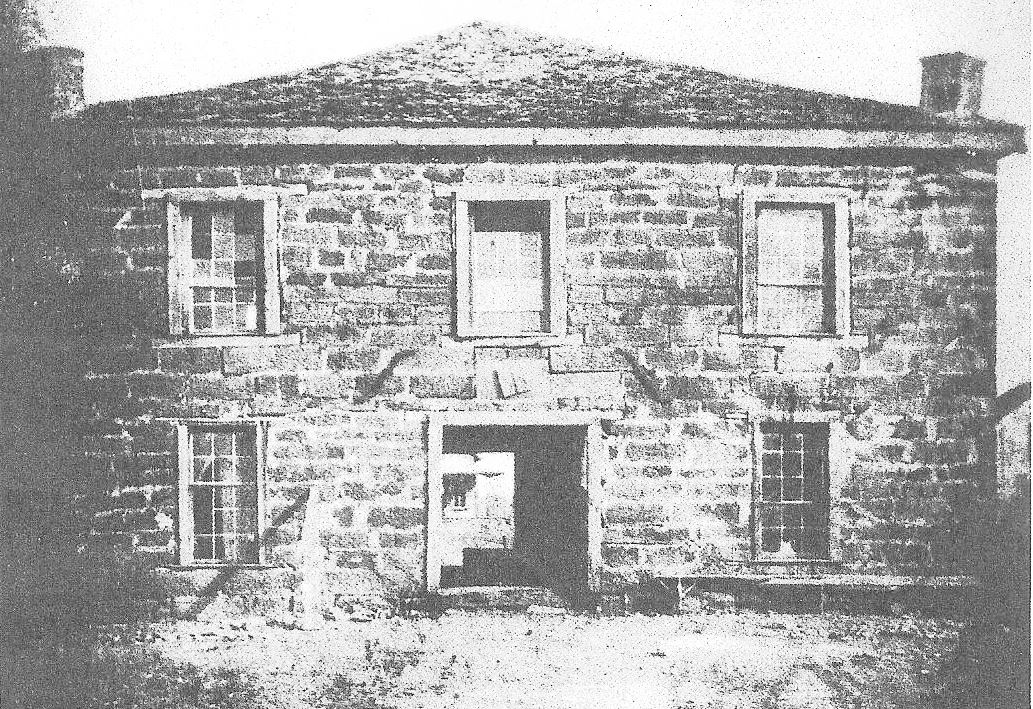 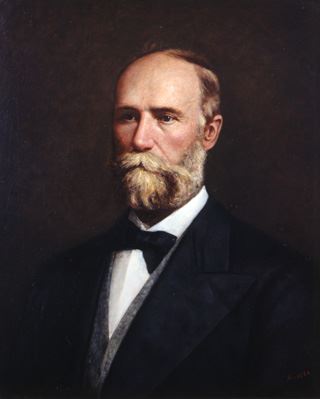