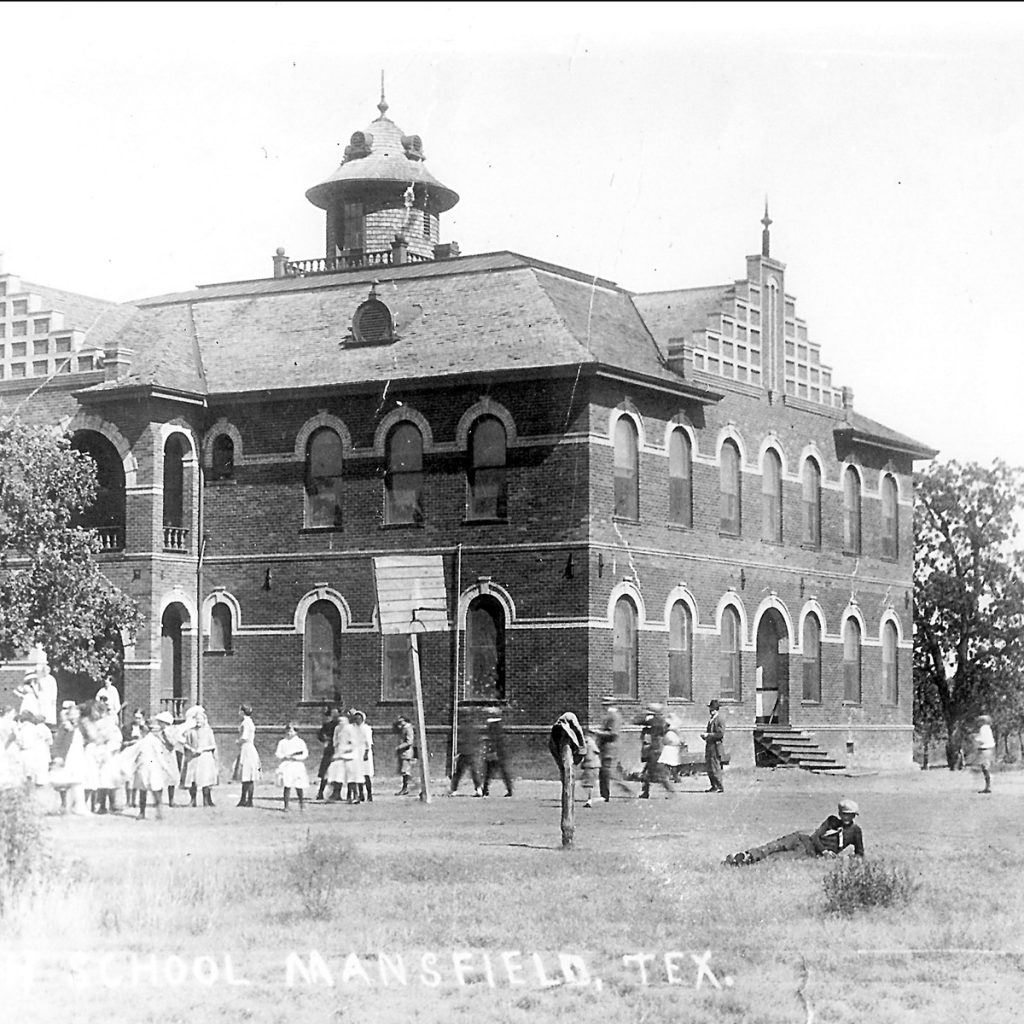 The neighboring town of Lillian is started.

R.S. Casals was awarded a 25-year contract to build and operate a lighting plant in town. 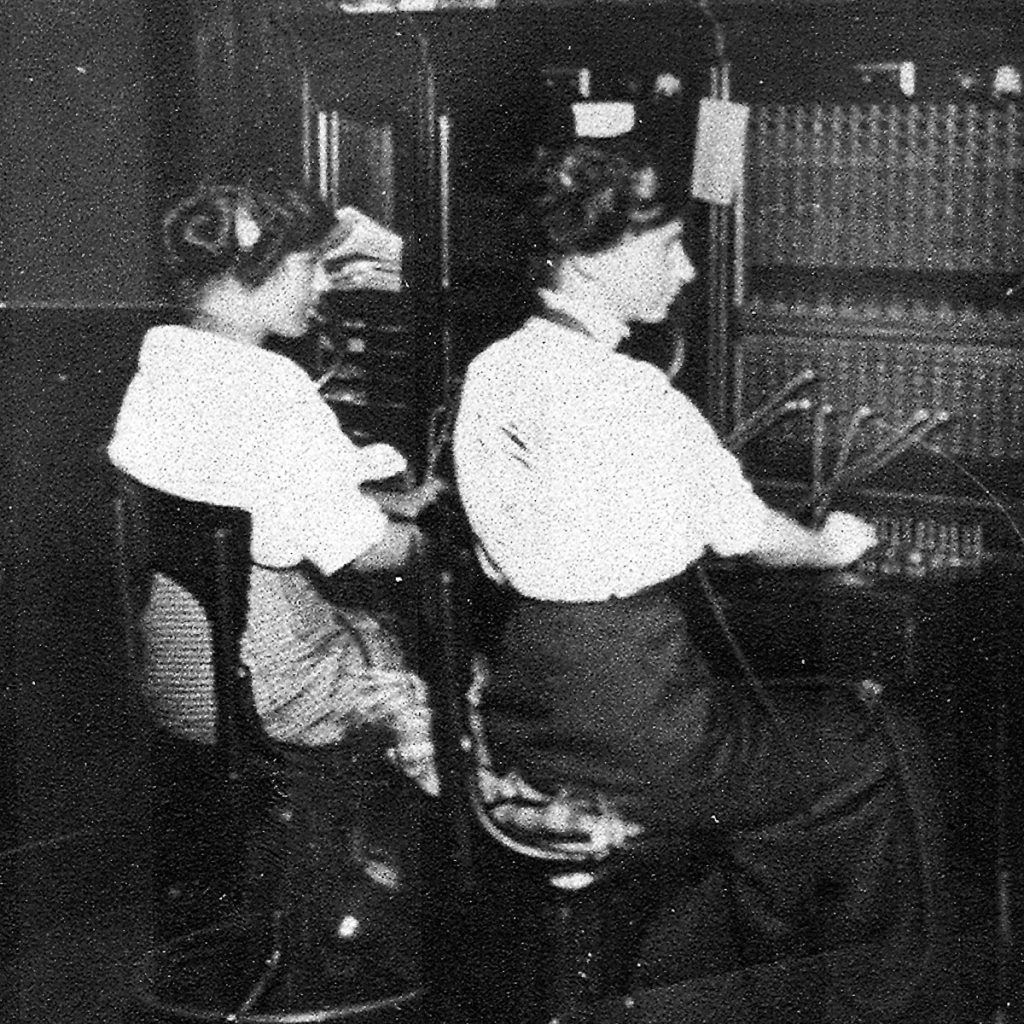 Joseph Edwards installs the first telephone lines in town. The switchboard was located in the McKnight buildling. 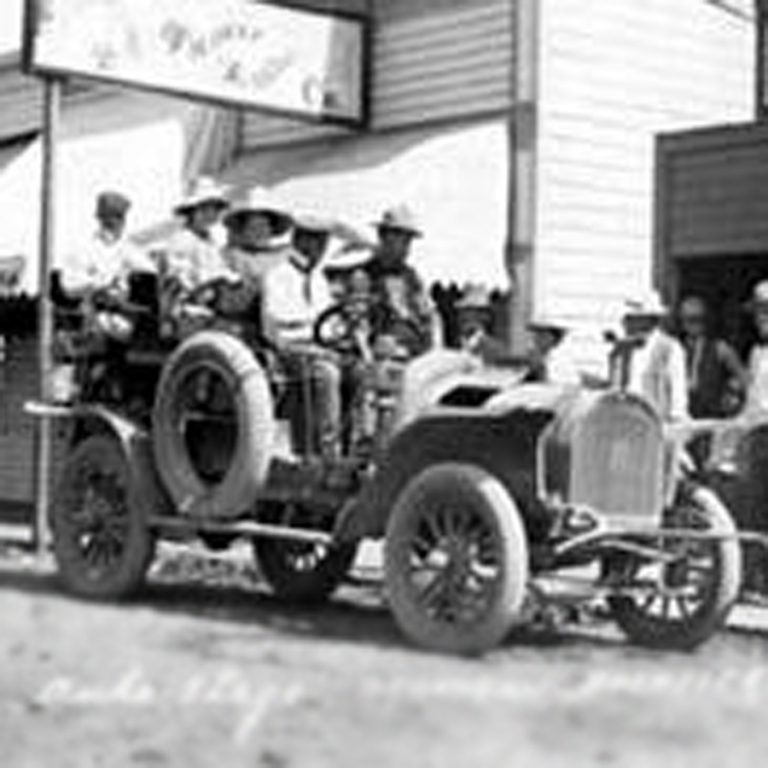 On October 11, the city passes an ordinance to prevent autos from exceeding 10 miles per hour and also prevent persons from riding their bicycles on the sidewalks. 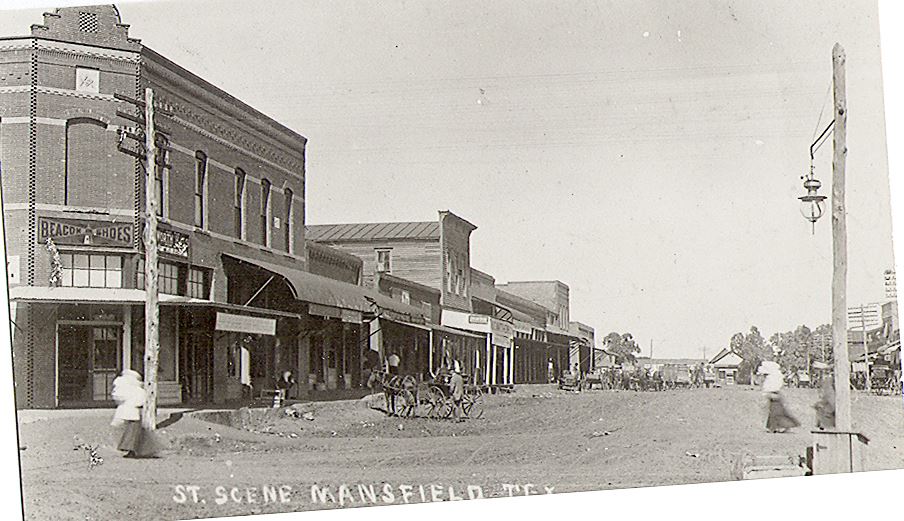 Mansfield is a bustling small town, with buildings designed in the current most popular architectural style. Many small towns in Texas, with surviving historical downtowns, look very similar in style. 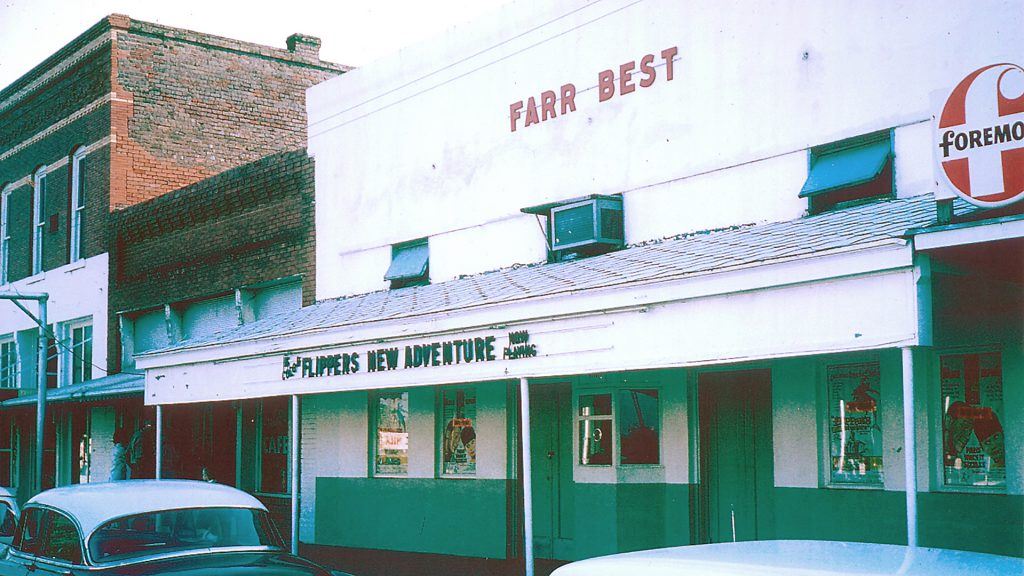 The United States of America enters into World War I in April. 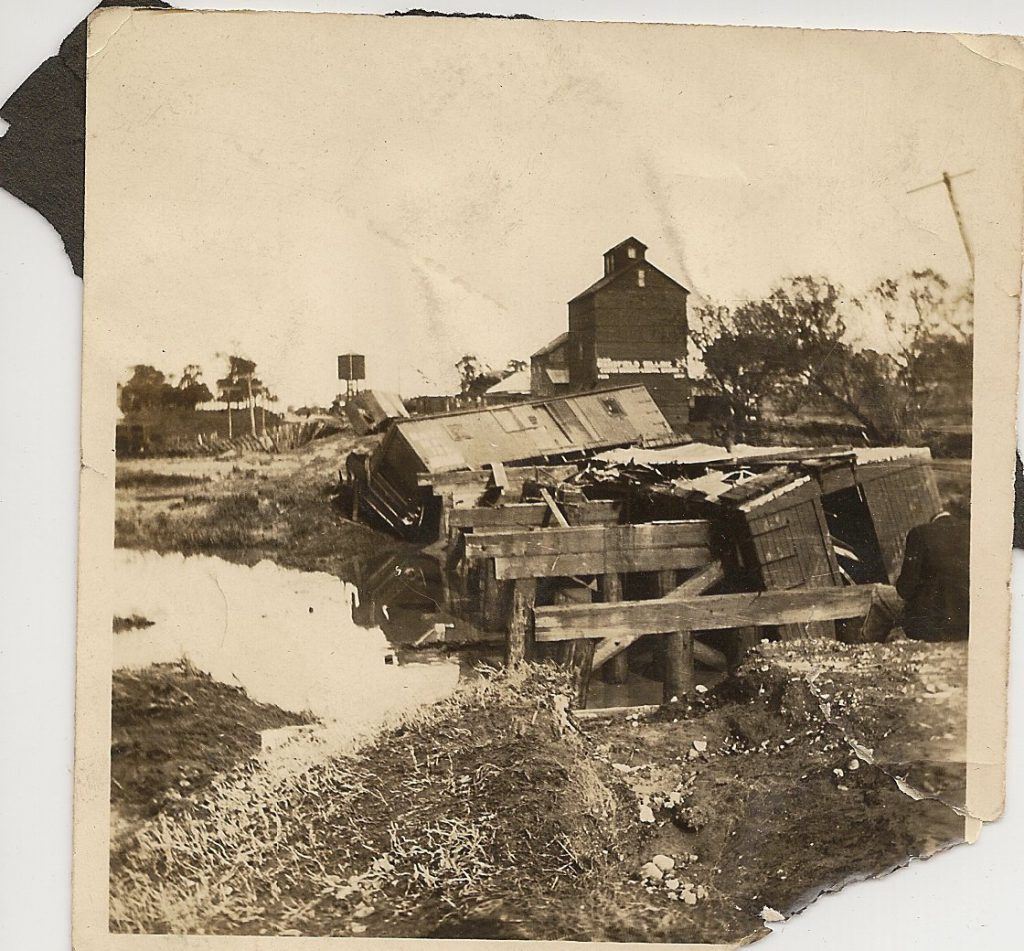 A terrible flood hits Mansfield and surrounding cities, leaves 13 dead and 35 missing in the area. In Mansfield, flood waters pushes Walnut Creek totally out of its banks. It destroys bridges, tracks and many rail cars, but the railroad bridge by North Street is left intact. (Image from Museum collection.) 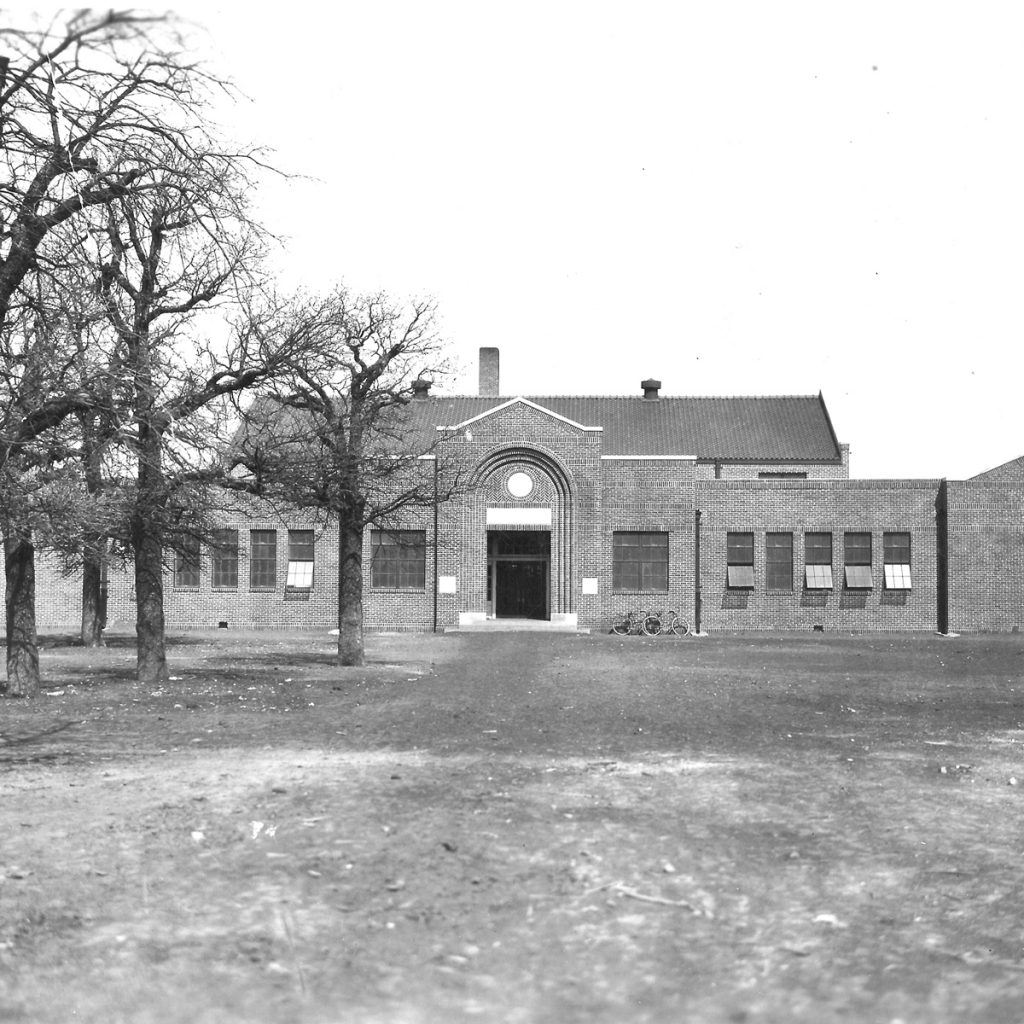 The cornerstone is laid for the new Mansfield Independent School District (MISD) school in September. When completed, the school houses white students grades 1-11 until 1953, when a new elementary school is built. The building was then occupied by grades 9 through 11. (Image from Museum collection.)

The sewage treatment plant is built. That location now is used as the north soccer field in Hardy Allmon park. 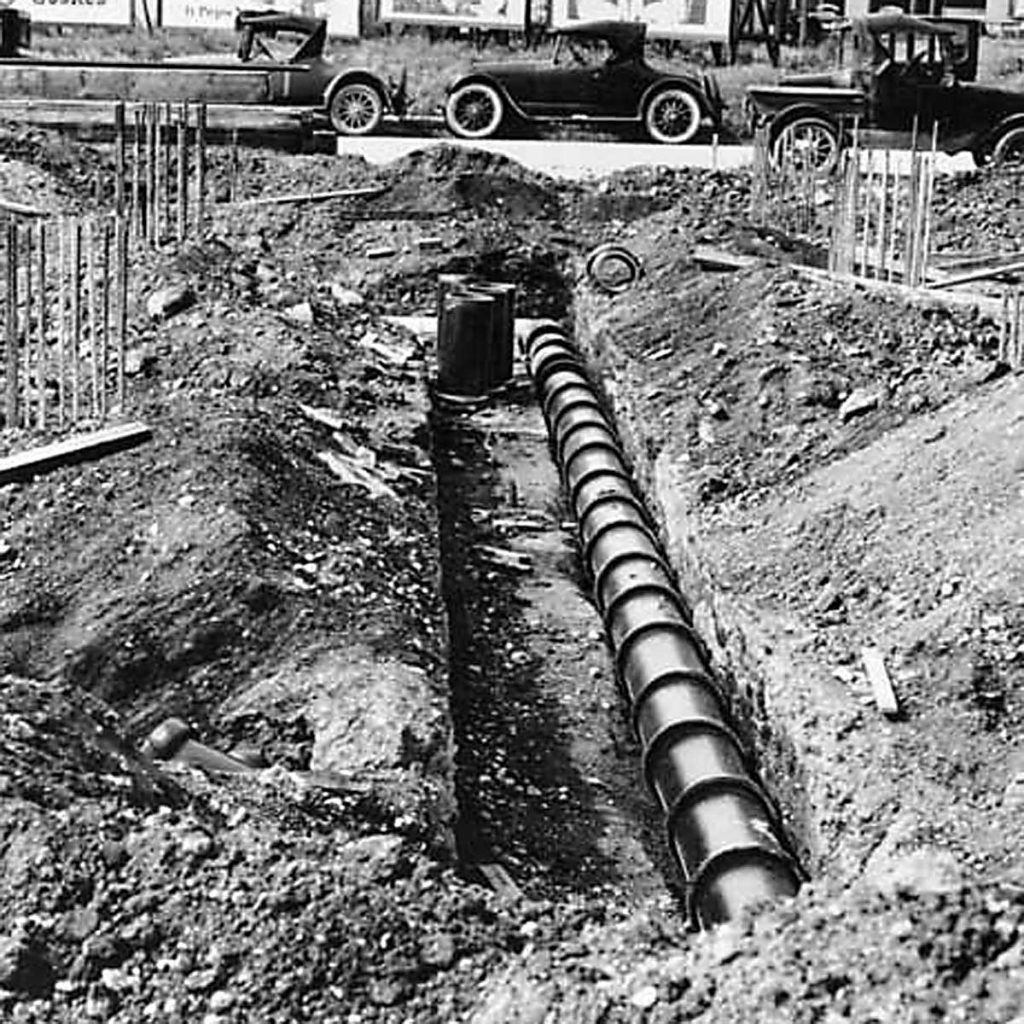 The first movie with synchronized dialogue is released. It is dubbed a "talkie".

The city library is established.

The Stock Market Crash of 1929, in October signals the beginning of the 10-year-long Great Depression in the United States and in all Western industrialized countries.

The decade of the Great Depression.

In May, construction begins on The Rock Gym, as W.P.A. project Number 40541. It is budgeted for $18,238, including a gym and two class rooms for Mansfield High School. (Image from Museum collection.)

State Highway 34 was changed to Highway 287. 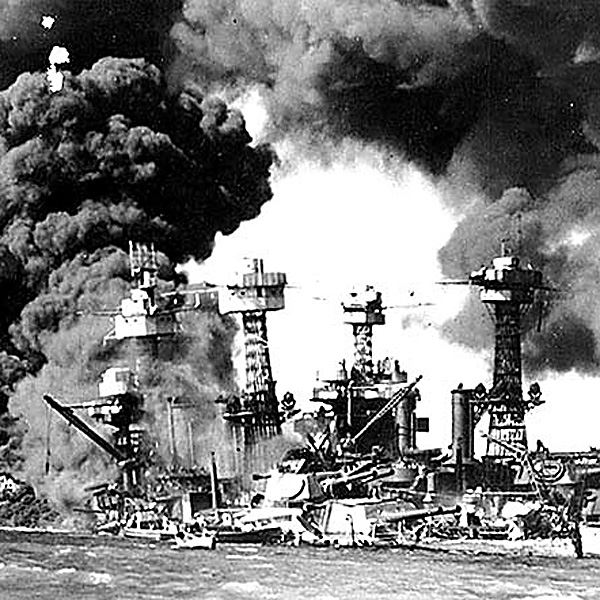 Japan attacks the American naval and air bases at Pearl Harbor, Hawaii. The next day, America declares war on Japan and so enters World War II.

Crowds take to the streets on V-E Day (Victory over Europe), May 8, celebrating Germany's surrender in World War II. 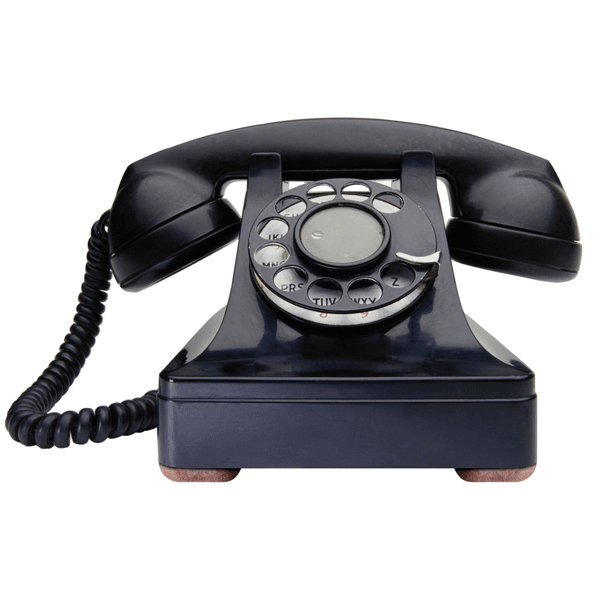 The City Council hires a night watchman for $150 per month. 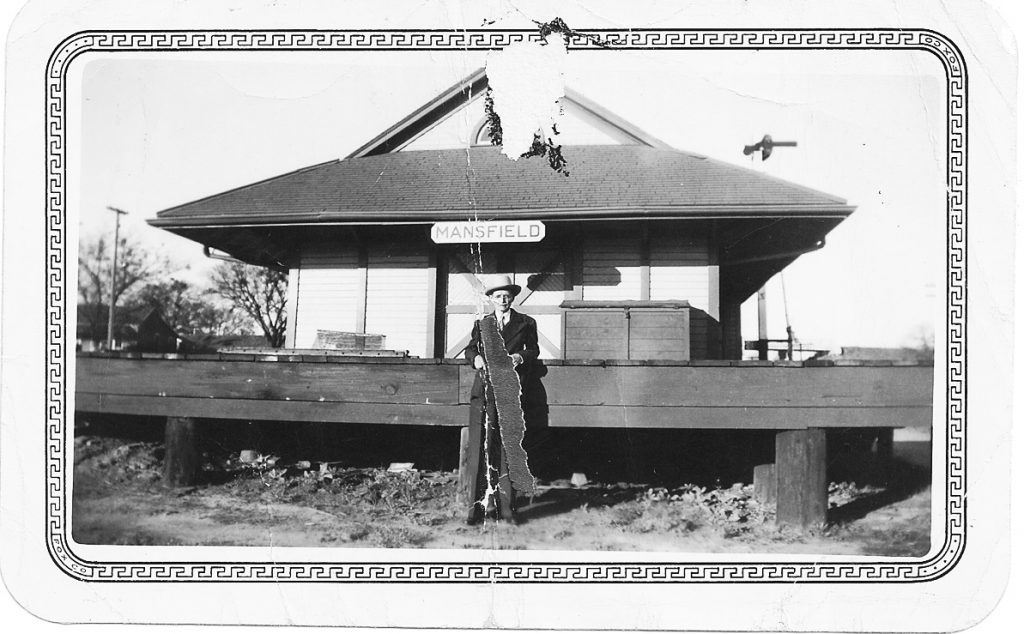 The U.S. Supreme Court rules on segregation in the landmark Brown vs Board of Education case.

The fine for driving without a license was raised from $5 to $10.

The Mansfield City council hires its first Police Chief. It is a low-paying job and the Chief has to furnish his own car.

The city purchases its first police vehicle, a 1956 Chevrolet 4-door sedan, for $1,542. A few months later, the police radio is installed. Dispatching was done out of the Chief's home, by his wife.

The Mansfield Desegregation Incident leads to the passage of Texas desegregation laws in 1957.

A page from a local news broadcast carries the story of the new Mansfield City Hall and fire station. This City Hall is built on the site of the original Man and Feild feed mill (corner of Broad Street and Main Street, now a restaurant).

On September 8, the City Council votes to change the name of Water Street to Main Street. (Stock image.)

A new high school is built. Grades 7 and 8 remain in the old school building. President Kennedy is assassinated on November 22. 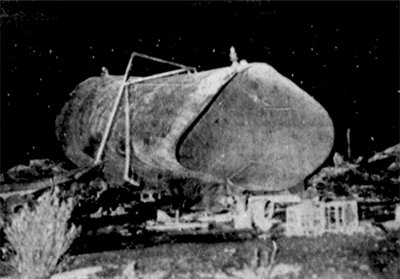 Two Mansfield firefighters lose their lives fighting the fire at the Red Ball gas station in Kennedale. Photo shows the remains of the 10,000 gallon gas storage tank that exploded.

As the Dallas-Fort Worth area grew, the population of Mansfield increased from 1,375 in 1961 to 5,000 by 1974, when employees working in the larger neighboring cities transformed the town from a rural community into a modern suburb. Civic leaders promoted Mansfield and allowed graduate students from the Institute of Urban Studies at the University of Texas at Arlington to renovate the downtown area in the early 1970s.