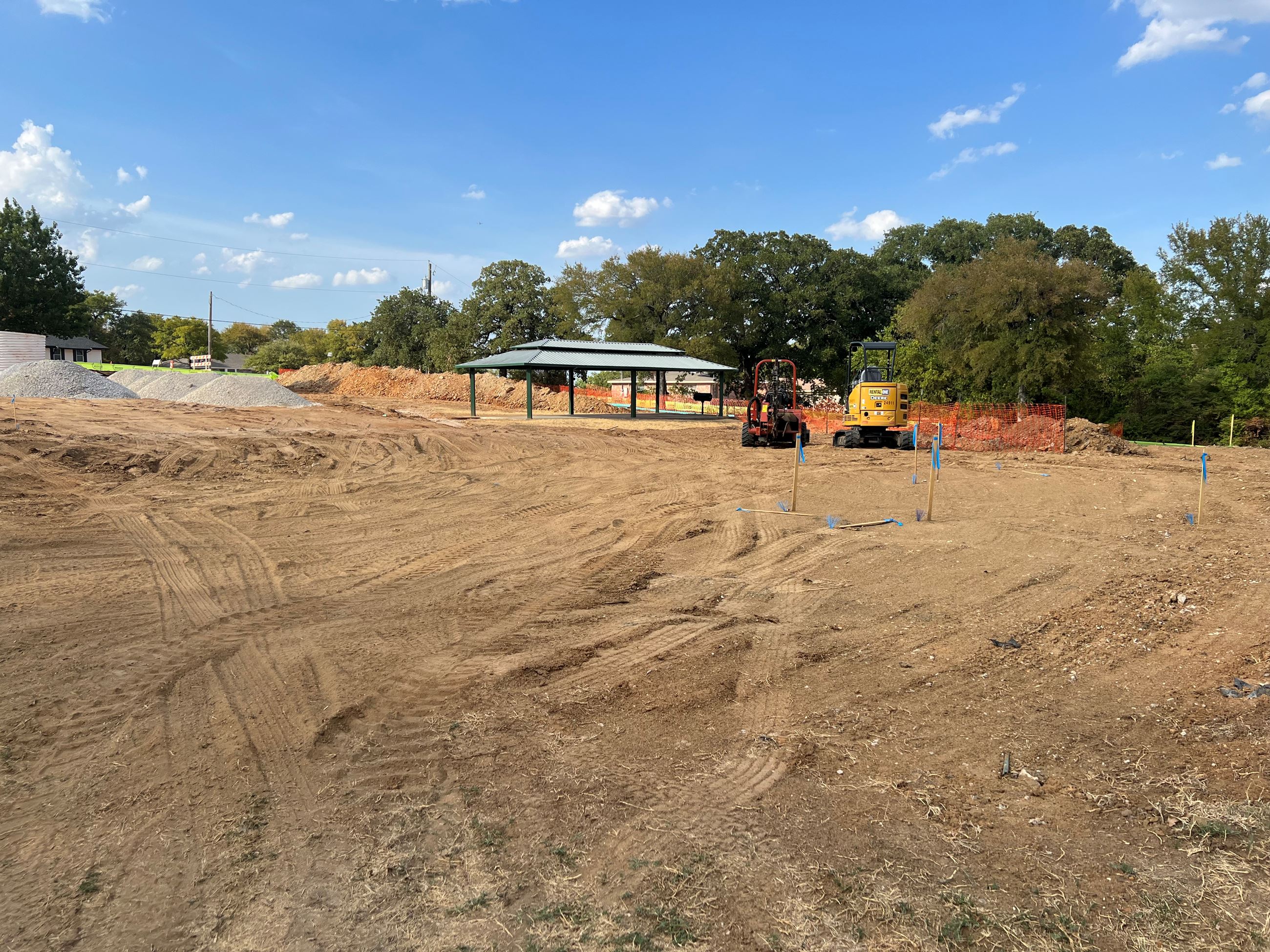 Construction is progressing well, primarily with soil grading, electricity, plumbing and layout alignment. All demolition is complete and the focus is on preparing the space for new ways to play.

Last month, crews removed the McClendon Park dedication plaques that were installed in 1985 and 1999, when the park opened and received its first major renovation. While we’re excited to bring residents new ways to gather and play, we always make preserving our history a top priority! The plaques will be replaced once this upgrade project is complete, the continued investment in our community serving as a fitting testament to the lasting impact of the park’s namesake, McClendon “Mac” Moody. 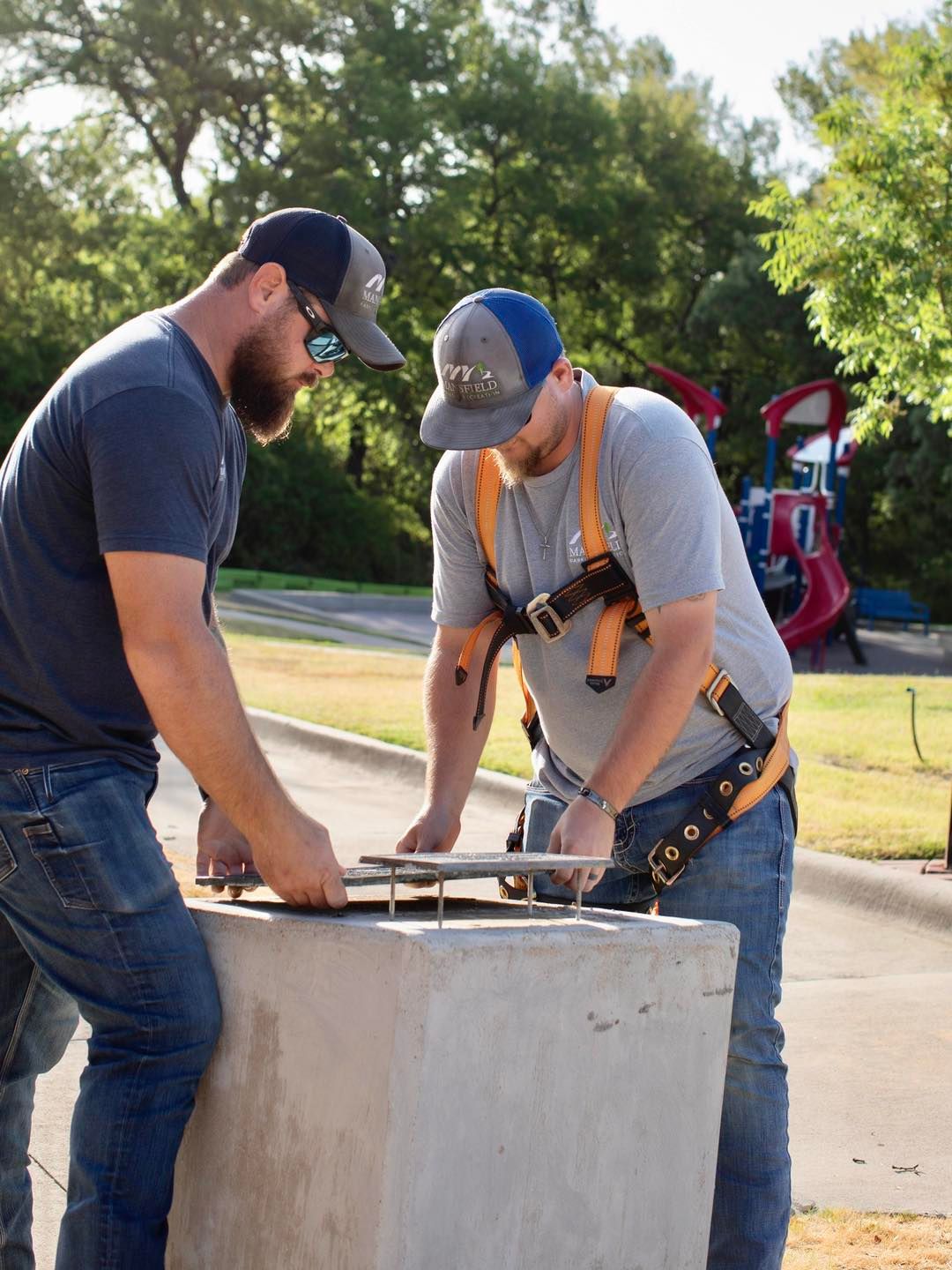 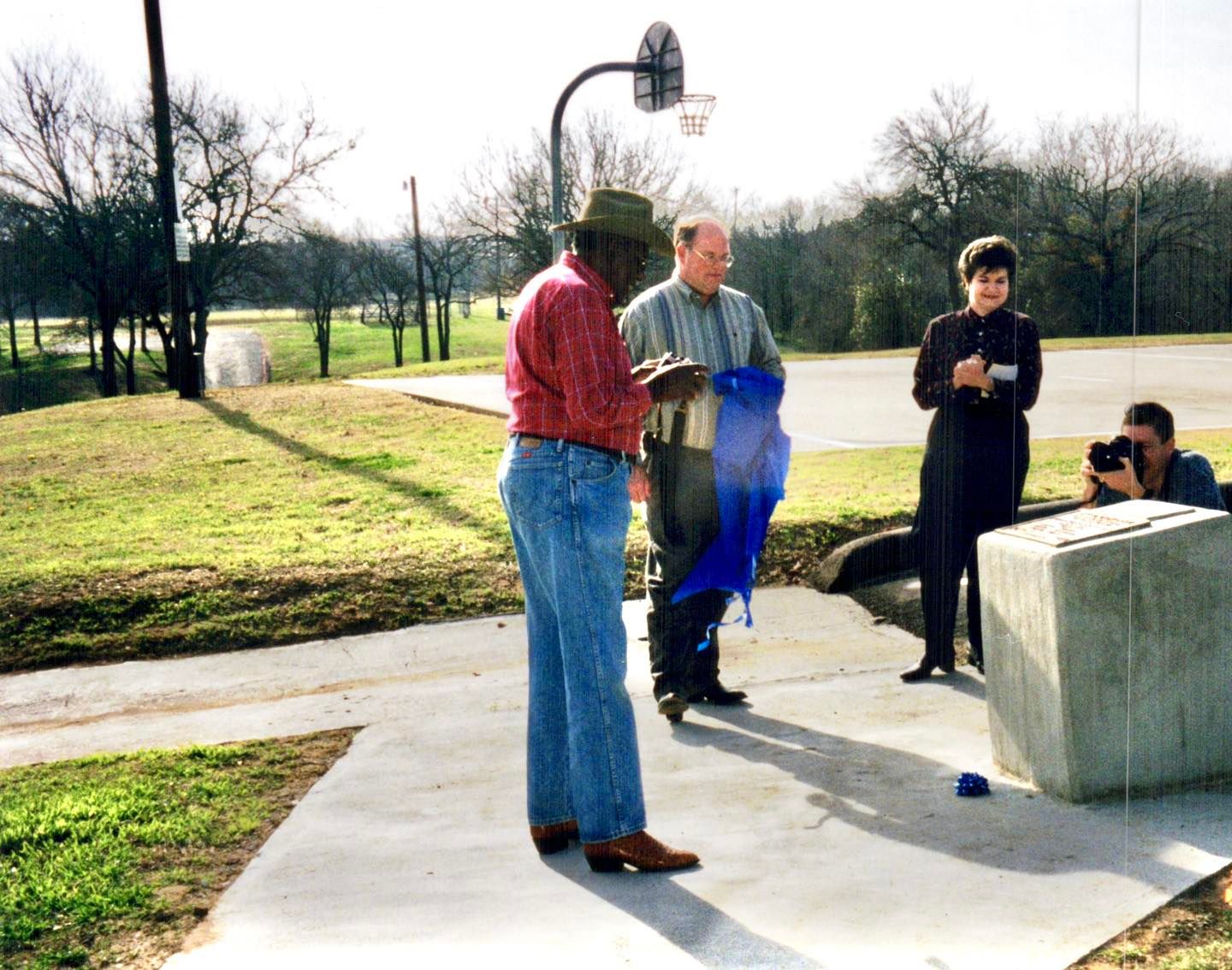 McClendon Park West will be closed starting July 18 for the second phase of renovations. The existing restroom and basketball courts will be removed and replaced with a splash pad, new restroom building and expanded parking area. The playground, which was replaced in 2016, will remain intact, along with the covered pavilion, trees and most sidewalks. Picnic areas will be refreshed with new tables.

Due to the expansive nature of the work to be done, the entire park will be closed for the duration of construction, which is expected to last through the end of the year.

Work is underway on some exciting renovations at McClendon Park West that will bring your family new ways to play together very soon! Construction began in June on the first phase, which includes removing the fences from the inactive softball field, which will become the new location for two basketball courts.

The front portion of the park, including the playground and restrooms, is still open for use during this first phase. In July, the entire park will be closed for the second, more substantial phase. That construction will include a completely new restroom building, expanded parking and a long-awaited splash pad!

Work is expected to take 6-9 months and be complete this Winter. 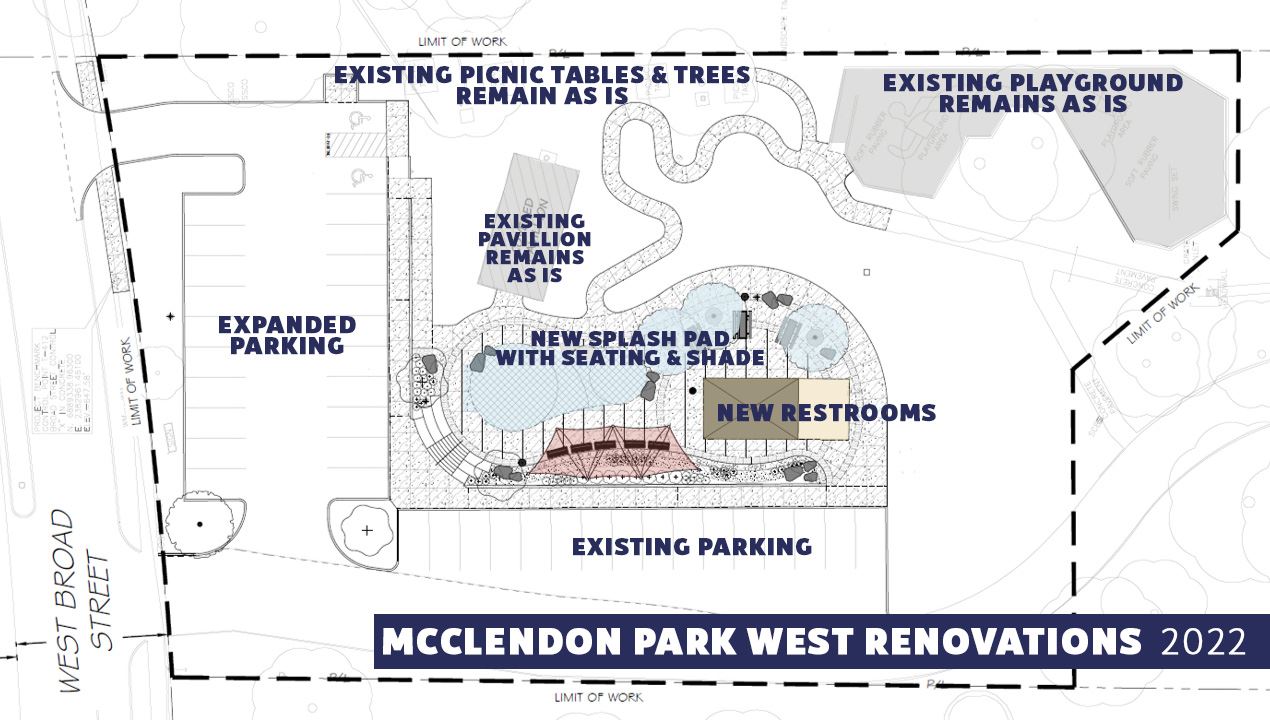 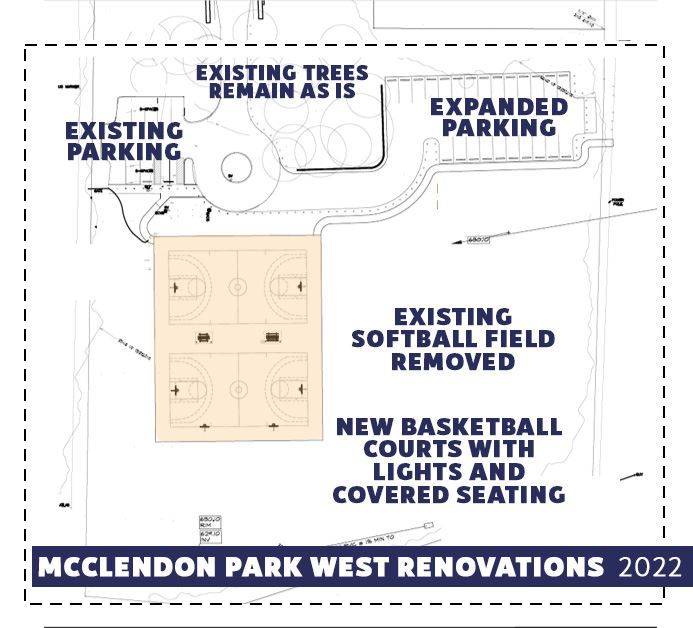 NEXT STEPS
More detailed timeline coming soon, but the following are all steps in the process that must be completed.