Katherine Rose Memorial Park is one of the most used and most loved parks in Mansfield, with 33 acres of open space and large trees in addition to the playgrounds, sport courts and Walnut Creek Linear Trail access.

Katherine and Conway Rose purchased the 33-acre property in 1964 as a weekend ranch. When Western Hills Inn in Fort Worth was torn down to build Loop 820, Conway Rose, an avid golf fan, purchased the cabana reserved for Ben Hogan when he was in town. That cabana was moved to the Pecan orchard and served as a cabin for overnight stays, where it remained until it was destroyed by city-wide flooding in 1988. Those same floods destroyed any plans he’d entertained of turning the property into a golf course, and instead Conway Rose agreed to sell the land to the city on the contingency that it become a park named after his late wife Katherine. Katherine’s Garden, a rose garden installed by the Keep Mansfield Beautiful Commission, is located at the front of the park as a special tribute.

Rose Park was the first park purchased and developed by the Mansfield Park Facilities Development Corporation with proceeds from a half-cent sales tax, approved by voters for park development and renovation in 1992. Development was also funded through a $500,000 Texas Parks and Wildlife grant and assistance from Trust for Public Lands.

Over 500 people attended the grand opening ceremony on June 8, 1996, which featured opening entertainment by Mansfield Music Mill and refreshments provided by Winn Dixie and McDonalds.

In 2022, park planners began a master plan process to renovate Rose Park, including surrounding park property and Hardy Allmon Soccer Complex on the east side of Walnut Creek Drive. The plans call for an adaptive and inclusive signature playground, the top priority for the Southwest quadrant in the 2020 master plan.

The Rose Family has said in interviews that the property was their mother Katherine’s pride and joy. The family lived in Fort Worth but she wanted a place where their two young daughters could experience country life; picnics under the large shade trees, fishing in the pond they built, tending to the chickens and riding horses, even eventually competing in the Kowbell rodeo. Katherine would famously gather pecans from the orchard and sell them to Ellis Nut Factory in Fort Worth to fund annual trips to Europe with girlfriends, even once buying herself a mink coat with her earnings.

She was a strong, spirited woman who loved the outdoors, and her husband said at the dedication ceremony that she would have been so proud to see her beloved ranch preserved in such a beautiful way. 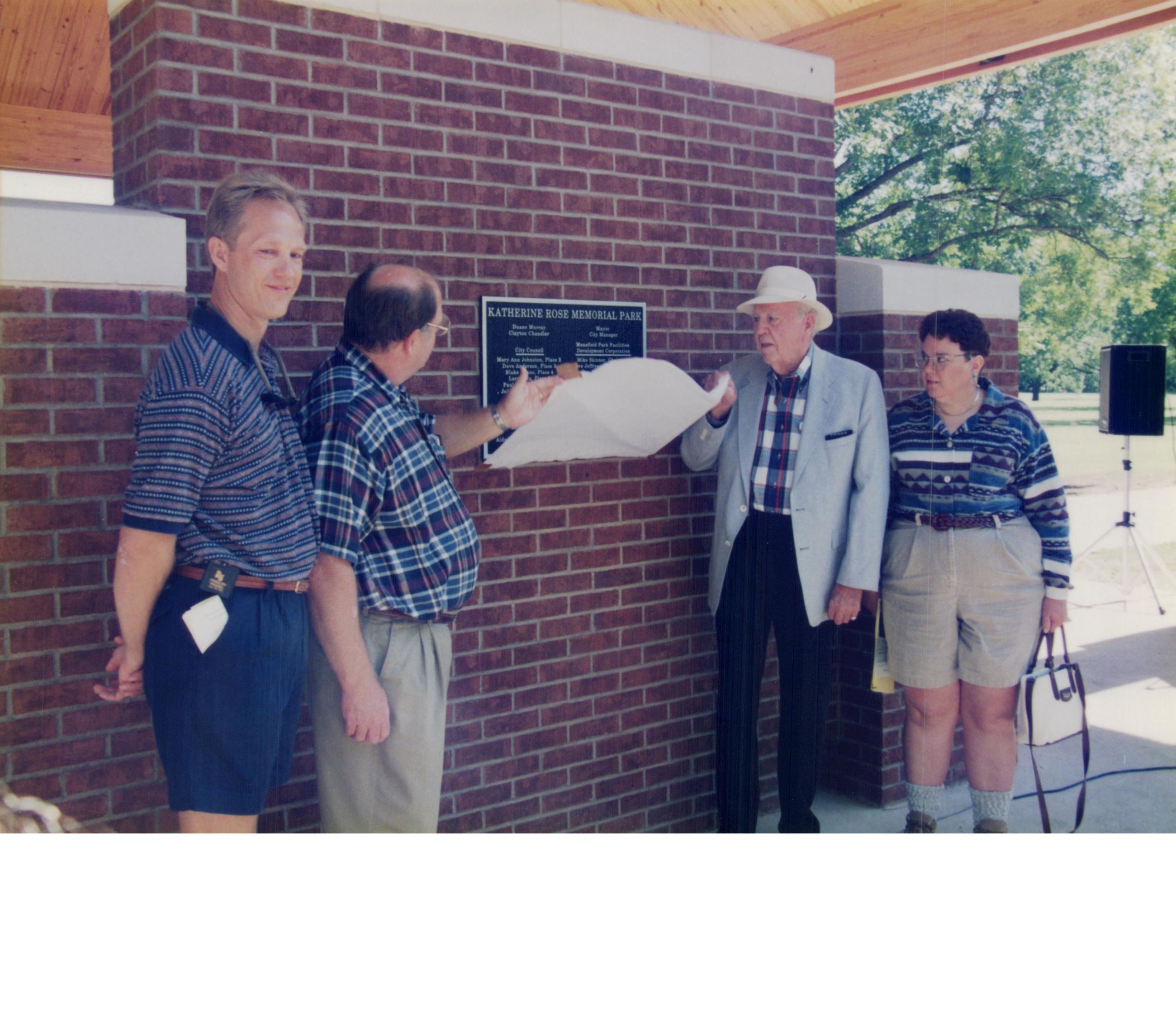