Mansfield Parks & Recreation is proud of our parks, programs and staff for their continued excellence. Our team's dedication and hard work has been honored with countless industry awards, proving our department is truly second to none. 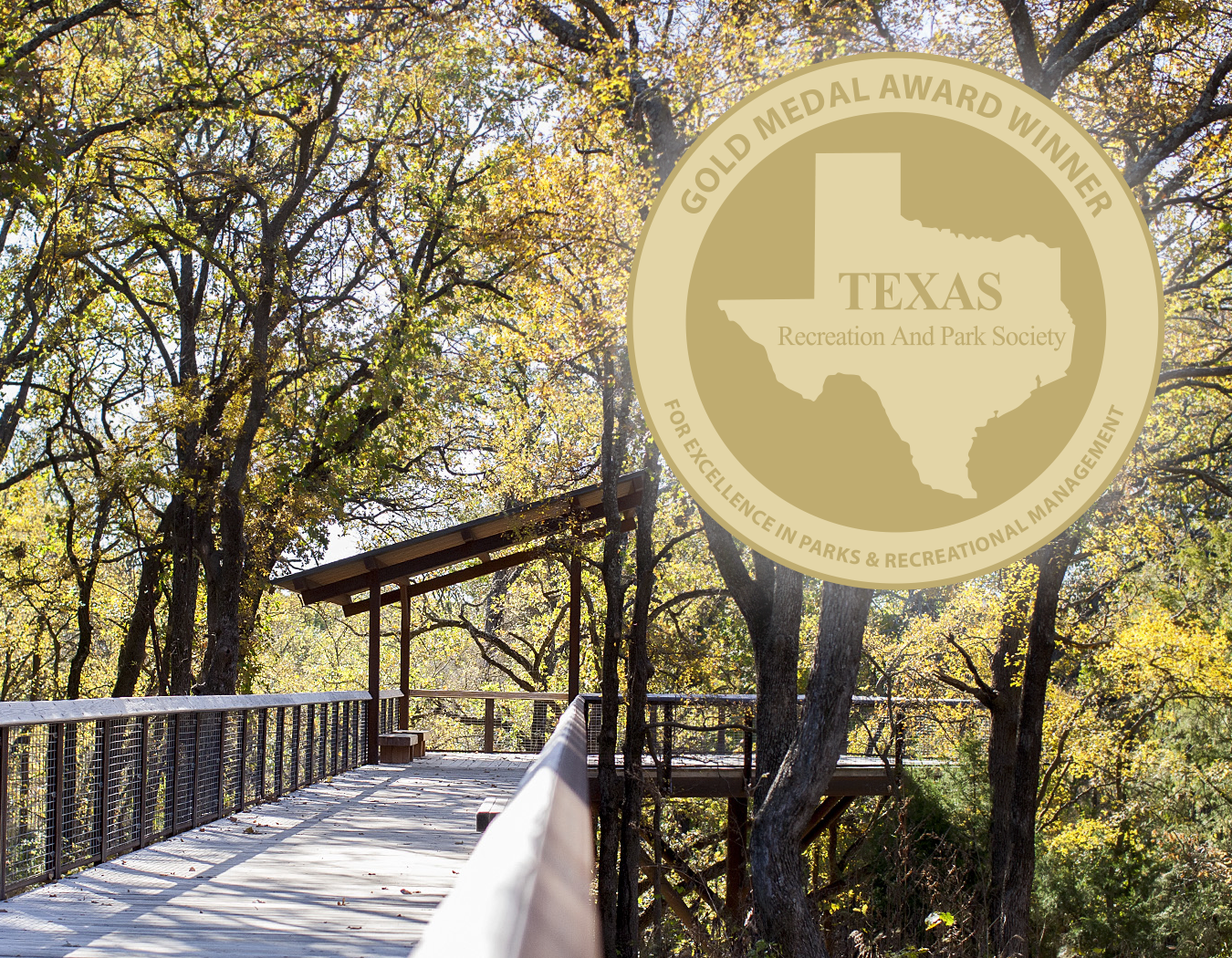 In 2017 Mansfield was award the Texas Recreation and Park Society's Gold Medal Award, the highest honor given to a city's park system. It honors excellence in long-range planning, resource management, volunteerism, environmental stewardship, program development, professional development and agency recognition. The application is a long, multistep process heavily evaluated by state officials and peers. Each city is only eligible once every three years and is rarely awarded multiple times without significant improvement and development. This was the third time Mansfield won such an honor, with previous Gold Medals in 1998 and 2009.

The Barks & Rec 5k, which pairs runners with dogs from four area shelters, was honored at the Texas Association of Municipal Information Officers conference as the best recurring special event of the year. 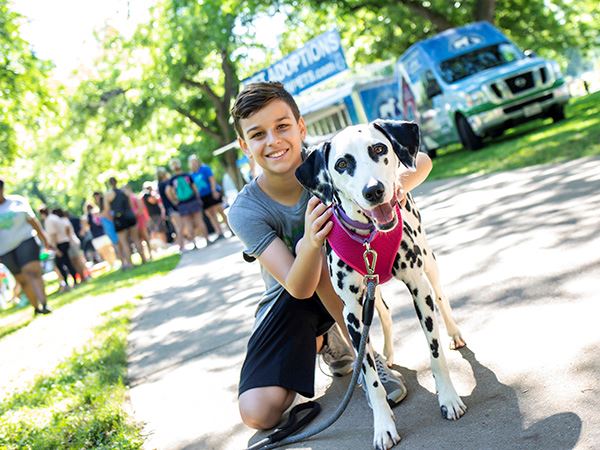 Barks & Rec, which brings dogs from Mansfield Animal Care & Control to running and hiking classes for a combination adoption event and fitness program was recognized as the top recreation program of the year for the state of Texas.

The program won a similar award at the TRAPS North Region Conference before advancing to state.

Check in with Mansfield Parks, a marketing campaign designed to promote active, outdoor play over electronics and television, was honored with the state award for excellence in communications. The campaign won a similar award at the TRAPS North Region Conference before advancing to state. 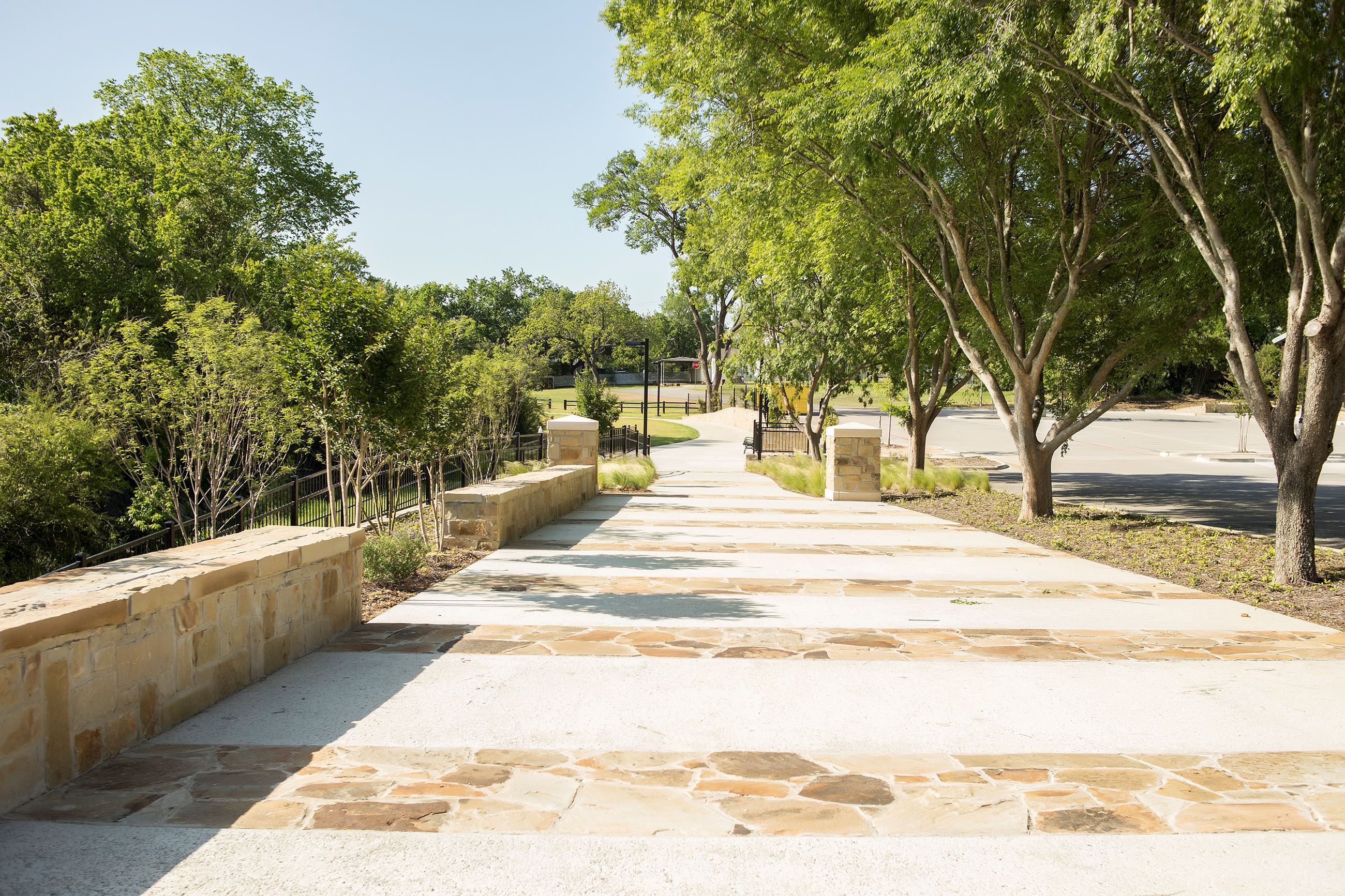 Two Mansfield events were recognized at the 2018 Texas Festivals & Events Association for excellence in a variety of aspects. Music Alley was awarded Best Multimedia Promotion and the Barks & Rec 5k placed first for promotional giveaway. 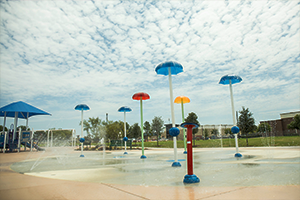 The Phase II renovations and improvements at Clayton W. Chandler Park that turned seven empty acres into the most diversely programmed park including the city's first skate park and splash pad were recognized with the top honors for excellence in design.

We're always excited to spread the word about all the amazing things happening in Mansfield Parks! Enjoy these clips from recent coverage.

If you're a member of media with questions about our parks & events or looking for an expert to speak on topics like native plants/wildlife, fitness, gardening, youth sports and more, please contact us! We'd love to help you tell your story.

Mansfield News Mirror: Mansfield is working on a master plan for its parks. But the city needs your help

WFAA: Workout Program Allows you to Run with Shelter Dogs

Mansfield News Mirror: Running Program is Going to the Dogs

Mansfield News Mirror: Up a Creek with a Paddle